Click on a section to see timezones, session description, & speakers 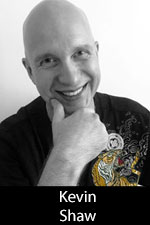 Kevin Shaw, CSI is co-founder of Colorist Society International – the first organization to represent professional colorists – and the International Colorist Academy (iColorist). Kevin has been color grading for 30 years, working all over the world as a colorist, restoration specialist, technologist, consultant and instructor. He has consulted for Amazon Studios, Dolby, BBC Digital Media Services, Kodak labs, CBS Broadcast, Digital Vision, NARA and National Film Board of Canada. See a schedule of Kevin’s upcoming classes > 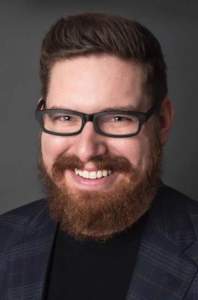 Tyler’s role at Portrait Displays is as Technical Evangelist for the company’s Calman display calibration software, as well as Portrait’s many other color accuracy solutions. Tyler is also Portrait’s main liaison to Hollywood and the content creation industry, including Broadcast, Production, Post-Production, and VFX.

For his company’s HDR efforts, he was deeply involved in development of calibration processes, Calman workflows, and measurement methodologies for Dolby Vision, HDR10, and HLG. 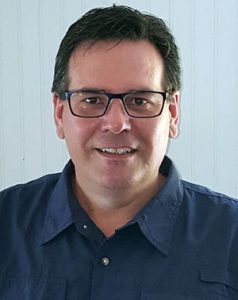 Gregg is a video consulting and training specialist and has been involved in the creation and optimization of more than 4000 private and commercial theaters over the past decade.

Gregg is an evangelist for video standards. He has been lead consultant and creator of various projects relating to video calibration and standards for THX Ltd, including home and post production / professional markets. See a schedule of Gregg’s upcoming classes >

This session is sponsored by Portrait Displays.

Prize: 1-year license of Calman Studio, the complete calibration suite for studio professionals capable of calibrating a variety of monitors, panels, projectors and more across the entire production chain.

Portrait Displays will also be making a short announcement about some very exciting updates. 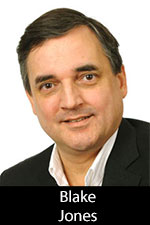 Blake Jones is a world renowned colorist based in Germany. He has over 28 years of experience with all forms of color correction. He started as a tape operator and soon became a colorist in Hollywood. He started out color grading films and went on to color grade several major television shows and commercial color grading.

Blake then worked as Senior Colorist and Technical Director of Condor Post Production in Amsterdam for ten years, followed by Director of Training at Pandora, where he was also the author of the Pogle operator manual. He went on to teach Resolve for daVinci and write the Resolve operator manual.

Blake is the author of “Film into Video: A Guide To Merging The Technologies 2nd Edition” and “Video Color Correction For Non-Linear Editors: A Step By Step Guide” published by Focal Press. He is now a product developer, colorist instructor and engineer for Creative Tools/Videocation in Munich and remains active as a colorist. See a schedule of Blake’s upcoming classes > 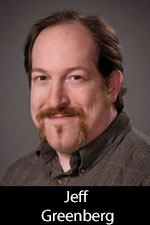 Jeff Greenberg has over two decades of experience as a Post-Production consultant and Master Instructor for Adobe, Apple, Avid and Black Magic Designs, and specializes in editorial, workflow, compositing, sound, color grading, and compression. Jeff is consistently voted as one of the top seminar speakers/ interviewers in the industry. See a schedule of Jeff’s upcoming classes > 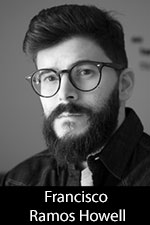 Francisco Ramos Howell is a professional colorist and HDR Workflow specialist with more than ten years of experience in the industry. He started his career as a Product Specialist at SGO, training international clients such as El Colorado, NHK Korea, Sky UK, OnSight UK and many others.

“Paco” continued his path as a Mistika Senior Colorist & Online Stereographer at Sky UK for the launch of the Sky3D channel. He also completed Color and Workflow design for many renowned Sky productions, such as the award-winning show Inside the Mind of Leonardo. In the last four years, Paco has been working as a Freelance artist, designing ACES color workflows for Films like “Unfortunate Stories” & the Netflix Series “Hache”, and training companies in ACES, SDR & HDR Color Management. See a schedule of Paco’s upcoming classes >

This session is sponsored by SGO.

About SGO & Mistika Technology
SGO is a Spanish high-end technology company with decades of experience in developing and integrating high-end post-production solutions. Built on years of research, development and production experience, Mistika Technology empowers users with new levels of creative power, performance, and efficiency in HDR, UHD/4K, 8K, S3D and VR workflows. As a part of its Multidimensional Workflow Concept, SGO has continued to slice toolsets of its globally-acclaimed Hero Suite Mistika Ultima to address specific industry needs and develop advanced workflow applications, offered on a pay-per-use basis with Mistika VR, Boutique and Workflows being the first to be introduced. Available for both Windows and macOS, Mistika Boutique is the only post-production system to natively integrate the most complete spectrum of professional finishing tools, including color grading, VFX, conforming, Stereo 3D, VR/360º – and so much more.

Eric and Lynette will be interviewing each other, discussing the challenges of adapting to different styles, aesthetics, client expectations and technology in different global markets.

They will share their insights working on blockbusters such as Mad Max: Fury Road, Happy Feet and Lego Movie 2, as well as on how VFX grading has changed, color managed workflows, interpreting the filmmaker’s vision, animation v. live action, and mentoring. 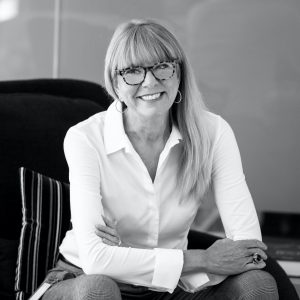 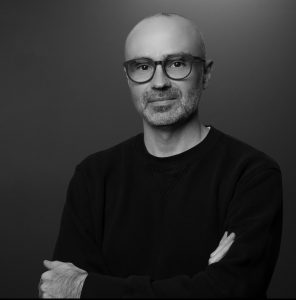 Eric Whipp is Senior Colourist and Partner at alter ego. Born in Auckland New Zealand, Eric moved to Australia as a child where he started working as a film colourist in the mid 1990s. In his career as a colourist he has worked in both the commercial market and on a number of international hit movies, including the 2016 Academy Award Winning ™ Mad Max: Fury Road, directed by George Miller. Eric’s creativity and work on this film was acknowledged with a title card credit on the film. His passion for pushing technology and crafting the image keeps him at the top of the game. Eric is also a founding partner of Toronto post house “alter ego”, the leading commercial colour and VFX studio in Canada.
Dolby

This session is sponsored by Dolby Vision.

Prize: 2 seats at the new Dolby Individual Training and Certification

Dolby Vision has been adopted by all the top studios for HDR content creation. Through the color grading process of creating the metadata, an SDR trim pass is created and approved. Several studios call for that version to be the finished SDR master, with creatives having some discussion as to the capabilities and resulting quality. In response, Dolby created a worldwide tour across 10 cities to demonstrate the capabilities of the tools and conducted a survey of over 550 people to see how the Dolby Vision derived SDR stood up against the ‘hand graded’ original SDR version on 8 clips from Hollywood Studio content (both live action and animation). This presentation will explain the methodology of the survey and share the findings, as well as some organic real-world observations.

This session, we will hold the Mixer quiz! Film trivia for everyone.

Then we will have a social hour, with some breakout rooms on

This session is sponsored by fxphd.

fxphd is a professional online training site with courses covering Resolve and HDR, as well as a monthly membership including courses in visual effects, motion graphics, and 3D.  In May, fxphd will be celebrating their 15th year of providing training to artists, colorists, and editors around the world.

Blake Jones and Dennis Rose will discuss the 5 big grading trends of 2021, namely:

Blake Jones is a world renowned colorist based in Germany. He has over 28 years of experience with all forms of color correction. He started as a tape operator and soon became a colorist in Hollywood. He started out color grading films and went on to color grade several major television shows and commercial color grading.

Blake then worked as Senior Colorist and Technical Director of Condor Post Production in Amsterdam for ten years, followed by Director of Training at Pandora, where he was also the author of the Pogle operator manual. He went on to teach Resolve for daVinci and write the Resolve operator manual.

Blake is the author of “Film into Video: A Guide To Merging The Technologies 2nd Edition” and “Video Color Correction For Non-Linear Editors: A Step By Step Guide” published by Focal Press. He is now a product developer, colorist instructor and engineer for Creative Tools/Videocation in Munich and remains active as a colorist. See a schedule of Blake’s upcoming classes > 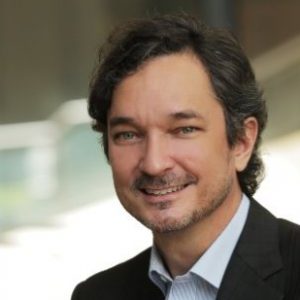 Sohonet
This session is sponsored by Sohonet.
Sohonet will share news and updates.
Session 6
The ``New Normal`` - and Beyond - Katie Hinsen

2020 saw a seismic shift for many colorists, as facility artists began working from home. As things are starting to open up again, we’ll discuss what we will keep from the past year’s workflows and what will return to the way it was. But more interestingly, what comes after that? The path of technology and work has shifted. Where are we headed now, and what does it mean for both staff and freelancers? 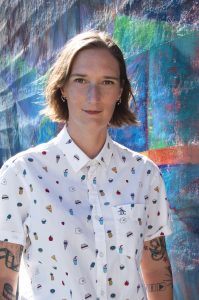 Katie Hinsen, Executive Producer, Dailies and Digital Intermediate, Nice Shoes is an award-winning post-production executive with an extensive background as a finishing artist, engineer, editor, VFX artist, and colorist. She brings her technical expertise to bear in building, launching and running post production facilities globally, and is deeply engaged in exploring and researching the technical innovations that are transforming the entertainment industry. Katie is a passionate mentor and advocate for emerging talent, and the co-founder of Blue Collar Post Collective. Currently she is building and developing Digital Intermediate and Dailies facilities for Nice Shoes across North America, with a focus on innovative, forward-thinking talent and technology frameworks.

This session is sponsored by Kingston.

Mark Noland is currently the field applications engineer for data center products and is part of the Kingston SSD Product Engineering Department. As a field applications engineer Mark works in the field between the engineering team, the Kingston sales team and Kingston’s distributors, integrator, resellers and end-users on helping to engineer solutions from the desktop to the data center. Mark has an extensive background in manufacturing, architecture engineering & construction as well as media & entertainment solutions. Prior to Kingston Mark was a senior solutions architect at Fusion-io, Sandisk & WD, a sales engineer at Autodesk and a visual effects artist/engineer. Mark earner a BA in Fine and Applied Art at the University of Oregon, is a member of the Visual Effects Society, and enjoys great coffee, cooking and any tropical location with a nice beach.

Session 7
What it's worth - estimating your time on a job - Dario Bigi, CJ Dobson, Mark Todd Osborne
Dario, CJ and Mark will be discussing how to estimate your time on a grading job.
It’s a tricky subject with no one right answer. The panellists will discuss the varying scenarios they’ve encountered and what they do when determining how long a job will take. You’ll hear the questions they ask, the pitfalls to avoid, as well as what are considered the industry averages. 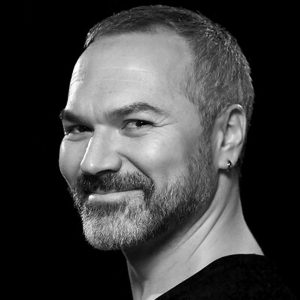 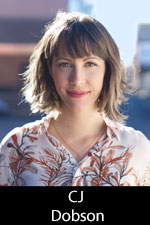 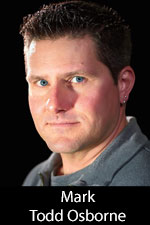 This session is sponsored by Mixing Light.

Prize: Mixing Light will be giving away two annual memberships to Mixing Light, valued at $249 U.S. each.

This session, we will hold the second Mixer quiz! Film trivia for everyone.

This session is sponsored by FSI.

Flanders Scientific (ShopFSI.com) is an Alpharetta, GA based company offering direct sales of high quality professional equipment to the broadcast and post production industries. In addition to our Atlanta area headquarters FSI also operates a sales and service center in Lier, Belgium (ShopFSI.eu) providing direct service to customers throughout Europe.

We will finish with a social hour, with some breakout rooms on 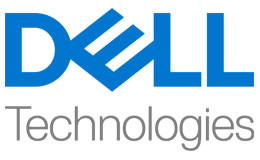 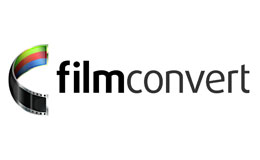 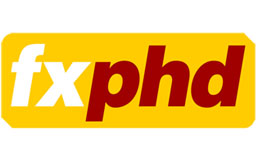 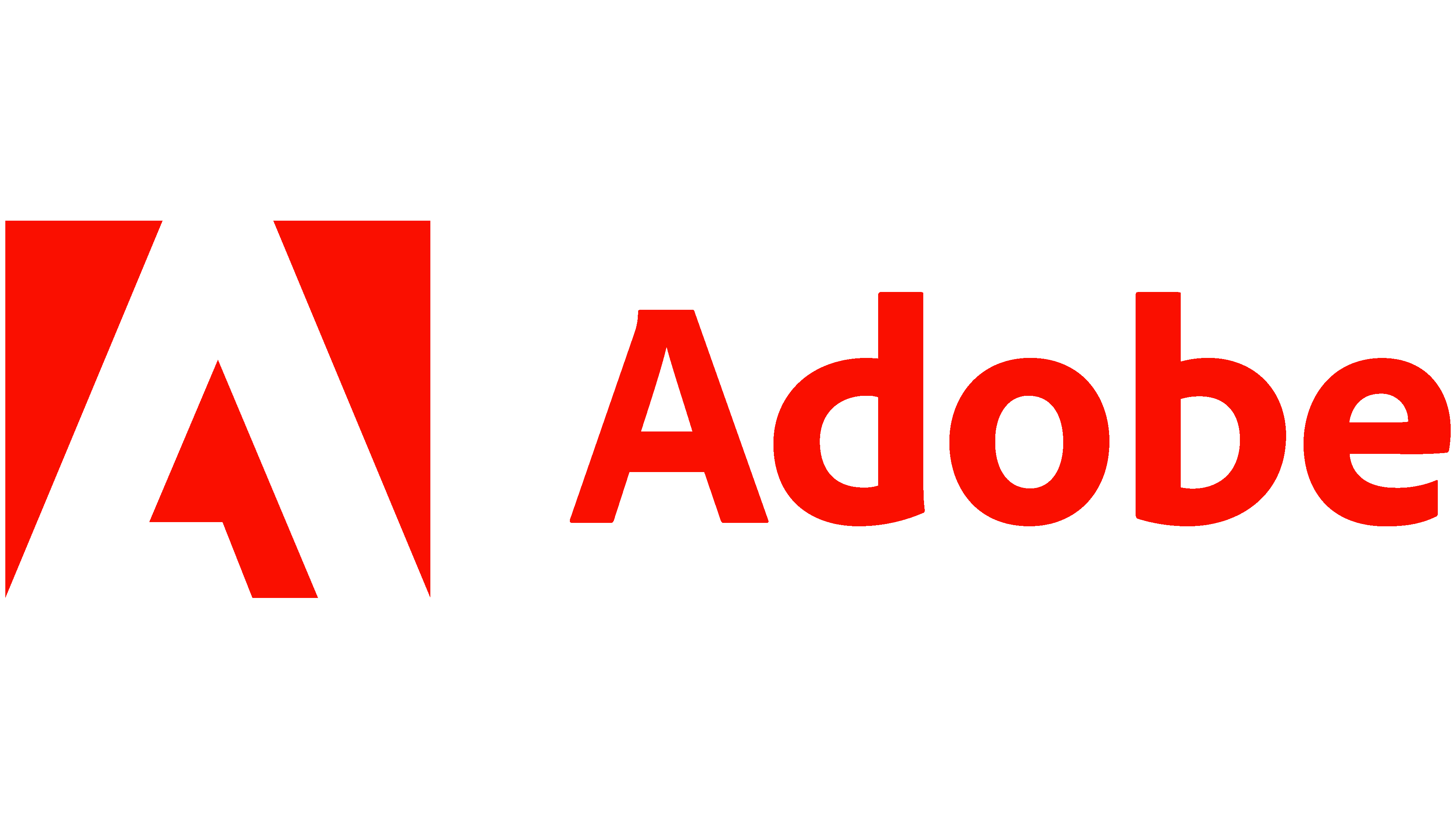